Living the Gospel with a Military Mentality

First off, a disclaimer: This post originally was totally and completely based on recent "articles" I had read by very... opinionated... people. While I actually agreed with some of their points, I believe there are far more effective ways of opening someone's mind to your point of view than by belittling and debasing the "other side". We can certainly share our differences of opinion in a respectful way.

That being said, this blog is not a place to fire off random rants at every person or people group that offers up views in contrast to my own. I try to keep this blog a safe place of thoughtful meditation on what God would have us know and how He would have us live (like He is God and we are not), and encouragement to carry on. For this reason, this will not be a "rant", but what I hope is a helpful, thought-provoking post that offers a more centered and peaceful perspective to anyone who finds him or herself in conflict with another human being. Like that could ever happen, right?

You should also know that if you want to slap me by the end of this post, you are not alone. My 21-year-
old self has already rolled her eyes multiple times and taken the back of her hand to my face on more than one occasion.

Here is my my radical proposal... the church on earth would make a lot more headway in kingdom work if we stopped viewing ourselves as different denominations of the same religion, and started realizing we are different branches of the same military.

I know, it probably isn't that radical. Paul speaks of being a good soldier of Christ in his second letter to Timothy (chapter 2). And while maybe you weren't bred into a deep and abiding love for our nation's armed forces, hang tight. This will apply to you!

In my father's 29+ years as an officer in the United States Navy he had the opportunity on many occasions to work with other branches of the military. It wasn't optional. It was necessary. In fact, he even worked with different branches of other countries' militaries. In the process, he witnessed and experienced conflict between individuals, a phenomenon that is present even within the same military branch. But he also witnessed extraordinary cooperation. Such as when America's armed forces rushed to the help of Haiti after a devastating earthquake. Or when he worked in the Pentagon for the Joint Chiefs of Staff and helped develop military strategies for 15-20 years into the future. He developed deep admiration for men and women in different branches of service, many of whom he considers dear friends to this day.

In his own words: "Despite conflicts, differences of opinion and even some included doctrinal differences, unity of mission was overriding."

When we as a church view ourselves simply as "denominations" it implies that what makes us who we are is defined by the differences we have with others of the same faith. When we are different branches, it implies that we are all connected to the same source. We are working toward the same purpose in different ways. We are growing from the same tree, if in different directions.

And this is beneficial for at least 3 reasons-

1. We can identify who the enemy is, and isn't. We remember the enemy isn't our neighbor. Never has been. If Christ didn't make that clear enough in His parable of the Good Samaritan (where the "bad guy" was the only one who did the right thing), Paul removes all doubt of this in Ephesians 6:10 ff. Seriously, how much time do we waste fighting within ourselves while Satan sets about breaking our world and distracting those who would rely on Jesus? 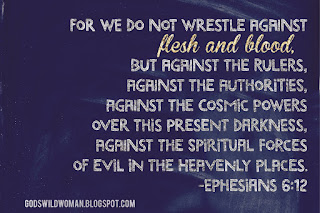 2. We can return our focus to helping those who are under the tyranny of sin and the devil. Without all the finger pointing, we are freed up to share intelligence. We don't start acting like the other branch, but we learn from them and apply that knowledge to our own situations. The church is a living, breathing thing. It stands firm on eternal truth while growing to meet the needs of the world around it.

3. We can see the value in other branches. Each branch brings something to the table. We need the
Navy and Army, Air Force and Coast Guard, Marines (technically under the department of the Navy) and Reserves of all branches.

Do I say we give up striving to live the truest form of the Gospel and forsake all doctrine in the effort to get along? Actually no. Don't forsake truth for grace. But neither should we forsake grace for truth. The only way to live in Jesus (who is both grace and truth) is to live in the tension between the two. It is harder, but without both sides, you only get half of the Jesus message.

And what is a more powerful way to earn a person's respect and open the lines of communication than to say, "I don't agree with everything you believe and you don't always agree with me, but I see the value in who you are and what you bring to the table"?

Maybe you don't see this conflict in your church. Maybe you have the opposite problem.

But I know for sure that in every church family there can be found someone we don't see eye to eye with on every situation. We see it in every arena where sinners gather, in fact. Perhaps someone who simply doesn't do things the way we would do them. Someone who speaks out of turn and comes off abrasive. Someone who posts ridiculous articles or rants on Facebook.

I can't give you any advice on how to change those people, but I can tell you that our perspective could go a long way in giving us peace in those relationships. It might even give us permission to respectfully step away from that person without feeling guilt over it. If we can't put distance between ourselves and that intolerable person, we need to look to the benefits above.

1. Remember who the enemy is (and isn't).
2. Shift your focus to those in need of your efforts.
3. Look for what that person brings to the table that is positive.

God put them in our lives for a reason. Pray and search diligently for that reason. Pray for that person. God will not deny the faithful prayer of a believer looking to reconcile with another one of His children.

Who is someone with whom you conflict that you can pray for today? Take a moment and intercede for them and for your relationship with them. Then let's trust God to do what He alone can do- reconcile. He is faithful.
Posted by Unknown at 6:27 AM No comments:

Email ThisBlogThis!Share to TwitterShare to FacebookShare to Pinterest
Labels: Church, This Day Thursday

More Than a Relationship App

The countdown began before day break. The words whispered expectantly from her small mouth...

Good morning to you too, Sweetie.

It was a Saturday morning, ushering in the weekend and, consequently, electronics. It is a rule around here and the kids don't mind it as long as the weekend delivers their blessed kindle fires.

My oldest was rapt with anticipation because, while she has more games than she will play downloaded onto her divine device, she really really really couldn't wait to download two more. Because they super fun and completely free,

A metaphor for salvation came to mind, but it was more of the American cheap imitation variety.

As fun as it would be to visualize clicking the little "FREE" button, however that looks to you, and going about our lives, Christianity is just not like that.

And that is good news. Especially for those of us who look at our lives and think, "This discipleship thing is no joke. I'm exhausted."

When your faith is based on a click and a purchase, you are still in control. Jesus gets organized neatly into a specific system in your life right along all the other morals you pull out on special occasions.

When faith is not "FREE", but "PAID IN FULL" then you realize that you did not buy into Jesus. He bought into you. He is in control.

In our password-saved world, where we can literally purchase anything at the click of a button, or the touch of the screen, it can be easy to lose sight of what it means to purchase something.

Lilly purchased her games because she was tired of the old ones.

You were not born again out of boredom. You won't be discarded or replaced.

Jesus tells a great story of what purchasing means in the kingdom of heaven,

"Again, the kingdom of heaven is like a merchant in search of fine pearls, who, on finding one pearl of great value, went and sold all that he had and bought it." Matthew 13:45-46

Jesus was so brilliantly to the point.

The pearl is you. In full knowledge of your sins and faults, God valued you enough to give up His Son. Jesus willing left His throne. The One more precious and blameless than our little minds can fathom, gave Himself up for us. For you. 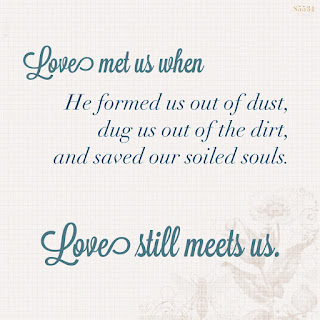 That is a love that will not tire and move on. It is a love you can count on. It is a love that confronts us not just on the peaks, but in the valleys where we can't seem to reconcile with our friend no matter how hard we try. Where our kids won't.stop.fighting. in the church pew; at the communion rail. Where we collapse after a day too long, or stay up through a night too long.

Love met us when He formed us out of dust, dug us out of the dirt, and saved our soiled souls. Love still meets us.

So on the days that are just too hard, Love is still there, in your face. Call Him out. You are His. That is a big deal.
Posted by Unknown at 4:00 AM No comments:

Be strong and courageous. Do not be frightened, and do not be dismayed, for the LORD your God is with you wherever you go. 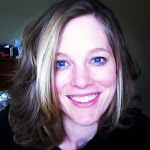 I have four rowdy kids, an A+ husband, and a pretty cute Labrador. My house is a mess all. the. time. And I am on a life-long journey to find the joy and purpose God has hidden in all the dusty nooks and crannies of my life. It is a wild wilderness up in this place, but I can't help but notice that God isn't afraid of the messes. He dives right in just like He always has, and He reminds us that He is bigger, stronger, and more faithful than we can imagine. And quite often He reminds us in the humor that is life. Maybe you need those reminders too. If so, let's talk about that. I'm happy to have you here.